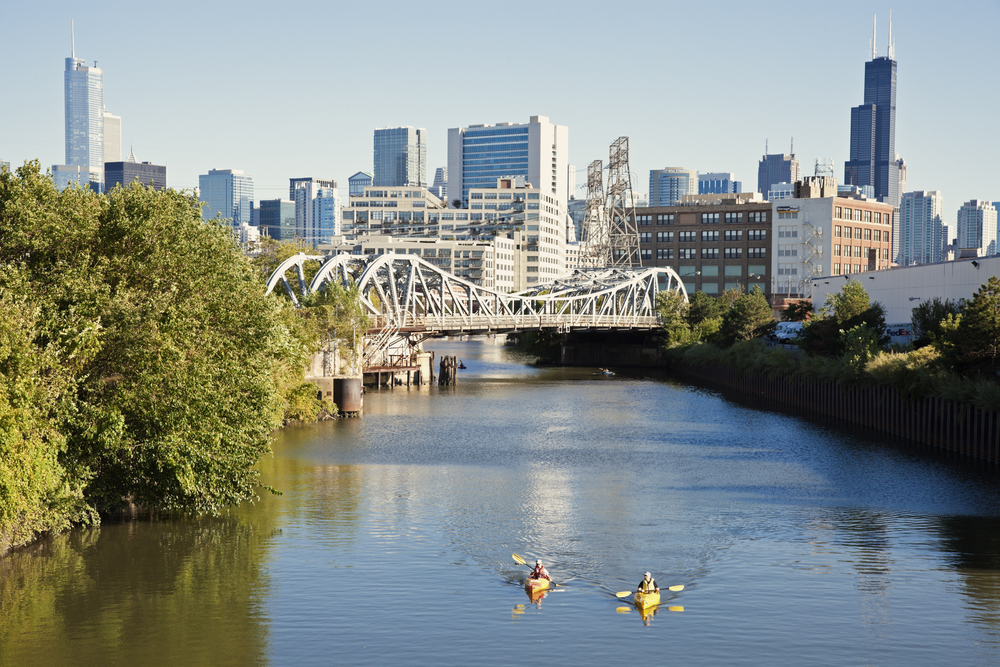 Chicago is one of the United States’ largest cities. Famous for its architecture, art and cultural institutions and top restaurants, the ‘windy city’ draws millions of tourists every year.

But many people don’t make the time to travel out of the city to explore some of the amazing gems nearby. Land a bargain car hire deal with DriveNow, and venture out of the city. Here are some exciting destinations within a few hours of Chicago.

Drive five hours from Chicago into Michigan for one of the region’s most popular short hikes. The 2.4 km trail leads you through beech-maple forest to coastal boardwalks that overlook Lake Michigan. The hike rises above the deep blue waters and sand dunes, offering spectacular views of the coast. Beware of some steeper sections, but for the most part it’s a family-friendly hike. Pack some lunch so you can enjoy the scenery before heading back to your car.

Follow a certified instructor who will show you how to kayak. Once you have a few tricks and techniques under your belt, you’re ready to start your day on the water. There’s also the option of kayaking Lake Michigan or even paddling the Chicago River at night. See the city skyscrapers light up from a distance.

Immerse yourself in all things LEGO. At LEGOLAND Discovery Centre it’s almost as if you’ve jumped into a city of LEGO bricks! One of the most popular things to see here include MINILAND, which features iconic Chicago landmarks. Admire the Chicago skyline which is built from 1 million LEGO bricks. You can also tour the LEGO factory, play and improve your LEGO-building techniques or watch 4-D cinema.

Enjoy the outdoors at Indiana Dunes

About 45 minutes southeast of Chicago, on the southern tip of Lake Michigan and in the state of Indiana, are the famous Indiana Dunes. The breathtaking scenery is what makes this area so popular for beach-goers. The wide sandy beaches, easy walking and riding trails through dunes and forest make this a perfect place to get active a sunny day.

Drive an hour and a half southwest of Chicago to uncover a natural gem along the Illinois River. Starved Rock State Park features several steep sandstone canyons which were formed by glacial meltwater. The park also has 14 waterfalls and many trails. All lead to stunning views and you’re likely to encounter wildlife, such as deer and maybe even eagles along the way.

5 holiday parks to make a splash

6 romantic places in Victoria to steal a kiss

Valentine’s Day is just around the corner which means a world of lovers will be out in force looking to impress their loved ones. There are plenty of great romantic…

END_OF_DOCUMENT_TOKEN_TO_BE_REPLACED

Spring is one of the most sensational times to visit Melbourne. Not only are the flowers across the city’s gardens in full bloom, but the sun starts to come out…

Who’s up for some fun in South Australia in coming months? Start planning your holiday with these great upcoming events, book yourself a rental car in Adelaide and prepare for…