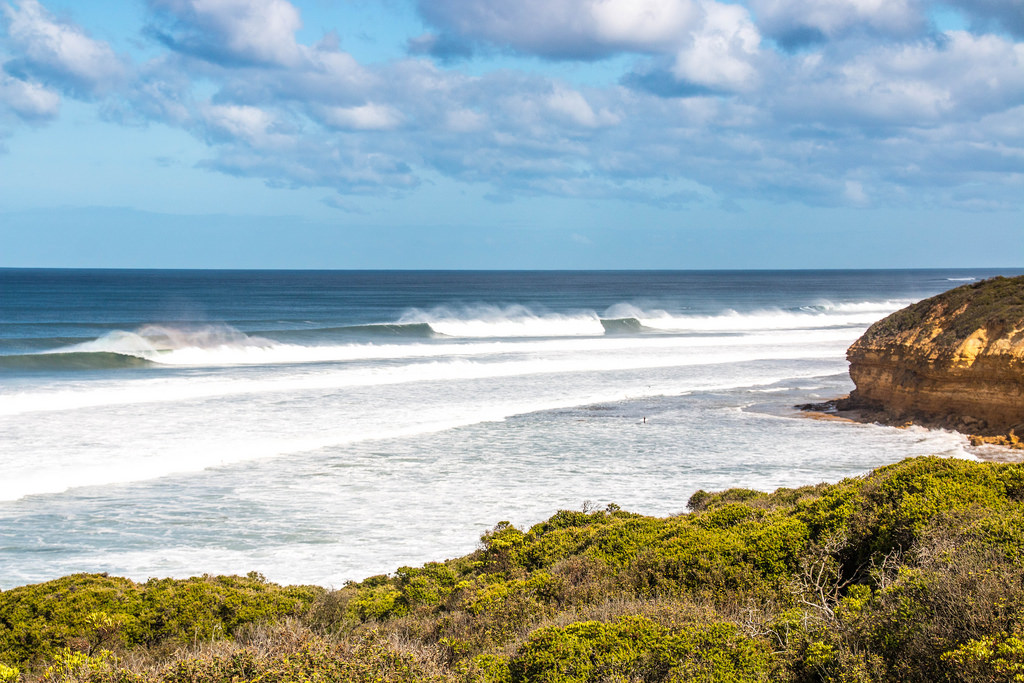 There’s not much that can come between Aussies and surfing. Even Pro surfer Mick Fanning’s dramatic brush with a Great White won’t put a stop to his love of combining the board with the breakwater. As a tribute, here are seven epic spots to catch a wave around Oz.

While only accessible by 4WD or foot, a short hike is well worth it to discover these hidden gems in South Australia. On the southern side of a rocky outcrop, the mellow point break at Sheringa Beach offers up a challenge. For those who like to live life on the edge, Sheringa Left to the north produces an unpredictable swell amongst a rocky, reefy, remote part of the Eyre Peninsula. Sharp rocks, dangerous rips, and even sharks make surfing at Sheringa something to write home about.

Ningaloo is famous for its incredible UNESCO World Heritage listed reef, home to more than 500 species of fish, rays and turtles. However many don’t realise that between July and October, the fringing coral reef of the Ningaloo Coast serves up some pretty awesome swells. At the north of the cape, The Bommie, Dunes and Wobiri Access offer waves of varying difficulty while at the southern end of the reef, surfers at Gnaraloo can expect three metre waves even on an average day.

The perfect combination of endless surf breaks and ecological wonders make the Ningaloo Coast a great getaway destination for those who can’t agree on one or the other. Make sure you have plenty of time to explore all of the Reef’s secrets though, as driving along the length of the 280km reef takes at least eight hours! 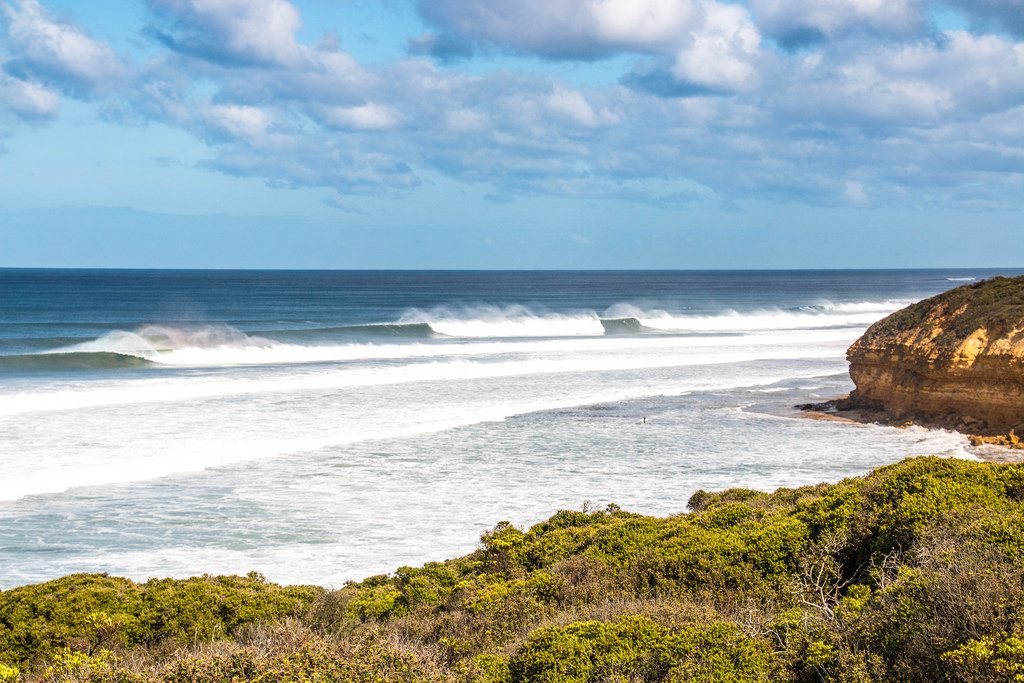 Who can go past the famous Bell’s Beach in Torquay? Home to matted mops of salty, sun-kissed hair, surf brand warehouse sales and of course the world’s longest running professional surfing competition, the Rip Curl Pro, which consistently draws massive crowds over the Easter long weekend.

For those who strive to avoid the crowds, there are few destinations more intimate than the beautiful Lord Howe Island. With a strict cap on the number of visitors to the island at any one time, Lord Howe was once described as ‘paradise on Earth’ and ‘quite possibly the most perfect place in the world’ by globetrotter Lee Abbamonte.

If anyone should know it is him, having visited every single country on the planet! There are eight designated surf spots dotted around the island, but it’s rumoured a friendly chat with the locals can sometimes reveal the very best kept secrets.

For those hoping to catch a glimpse of our resident shark wrangler and other world champions Steph Gilmore and Joel Parkinson, the Superbank is your best bet, where surf breaks Snapper Rocks, Rainbow Bay and Greenmount combine. If you’re lucky, you may manage to catch a wave for 2kms along the coast!

Not for the faint hearted, Yallingup Reef is located 300kms south of Perth and boasts consistent 10 foot waves along the Margaret River coastline. Brave surfers impress beachside spectators, while others snorkel and paddle in the lagoon, soaking up the brilliant view of the Reef’s aquatic wonderland. Surfers of all ability come from near and far to visit the famous waves of Yallingup. If you haven’t already, it’s one to add to your bucket list.

Of course, we can’t forget our cousins across the Strait. In Tassie, surfers brave the chilly waters of Lighthouse Beach, a beautiful stretch of pristine coastline offering a sheltered yet powerful beach break for beginners and accomplished riders alike. Relatively deserted, this unpatrolled, isolated spot serves as the perfect oceanic escape.

And remember folks, if you do happen to be that unfortunate one in 11 million confronted by a shark, contrary to Mick’s action of ‘punching him in the back’, the best advice is to punch and claw at the eyes and gills aggressively.

Can I really get a One way Campervan Rental from a $1 a day?

One of the best things about winter in Australia is being fortunate enough to be able to witness the spectacular sight of whales migrating the vast and scenic coastline.  With thousands…

END_OF_DOCUMENT_TOKEN_TO_BE_REPLACED

CALLING all lovers, it’s time to warm up your wheels and start your engines – the DriveNow team has asked me to suggest some of the most romantic drives in…

END_OF_DOCUMENT_TOKEN_TO_BE_REPLACED

The start of a Rainbow

After leaving behind a truly awesome week in The Grampians we headed two hours north to a funky little country town called Rainbow – and, no, there weren’t any rainbows…

END_OF_DOCUMENT_TOKEN_TO_BE_REPLACED

DriveNow™ helps travellers find and compare the best deals on car hire in Australia. Rates are all inclusive drive-away with no more to pay and no hidden extras.