Hit the road, somewhere over the Rainbow 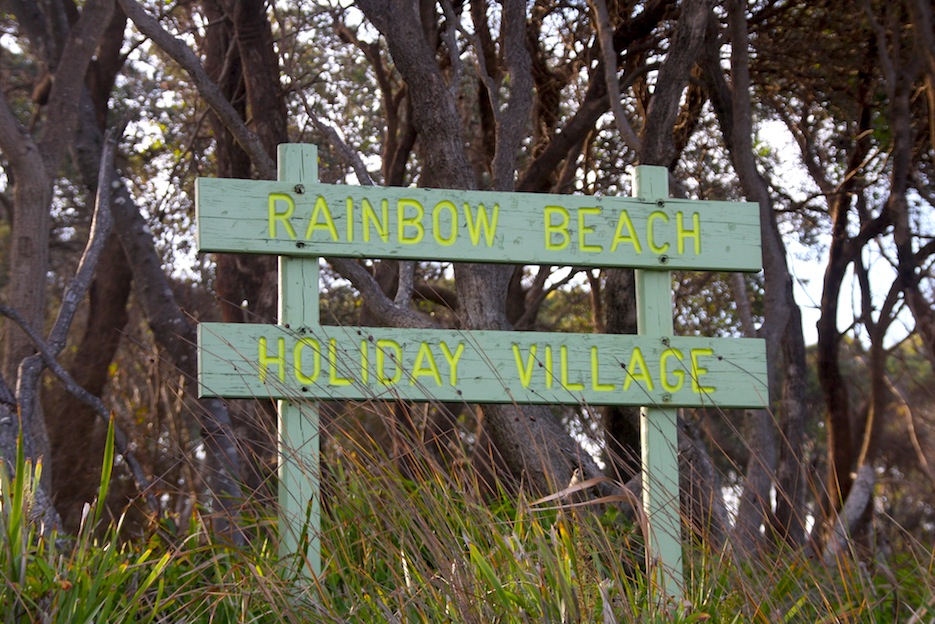 IF you ever happen to be staying in the north-central coastline of New South Wales and you’re looking for a quick road trip adventure to an off-the-beaten path destination, look no further than grabbing a hire car in Coffs Harbour and heading south along the Pacific Highway and Scott’s Head road towards a beaut little place called Rainbow Beach.

The drive is a ripper with a lot of enticing attractions along the way including bigger coastal townships like Nambucca Heads, great national parks, Scott’s Head lookout and some beaut fishing spots. The closer you get to Rainbow Beach, it gets a little confusing in that you have to backtrack a little and due to the route winding back into the South West Rocks area and overall it will take you between 2 and 3 hours, depending on the duration of stops along the way.

We parked the Britz camper at a quaint little holiday park called Rainbow Beach Holiday Village in a nice shady and green powered site. There are other options including spa and ocean breeze cottages, basic motel rooms and veranda bungalows if you are heading there in a hire car.
The facilities hit the spot with our kids and included a swimming pool, children’s playground and mini golf course, but the best comes with a short forest walk onto beautiful Rainbow Beach itself. There’s a certain kind of magic about this place, it seems to be  tucked away from the rest of the world yet feels very, very open, with snaking inlets here and there and fluffy sand to kick about in on the main beach area.

In using Rainbow Beach Holiday Village as a base from to launch your nearby explorations, whether it be hiring a fishing rod and landing the catch of the day, heading for the hills and going mountain biking, checking out the waterfalls in nearby national parks, taking in a spot of whale watching (during the cool season) or heading into Port Macquarie which is only 15 minutes drive away.

This one may not necessarily be the prettiest drives from Melbourne, but it’s certainly the fastest way to reach the magic that awaits on the mighty Murray River. Echuca, about 200km north of Melbourne on the Victoria and NSW border, was once the biggest inland port in Australia and has retained much of that old world charm in the heart of town while also offering a cosmopolitan way of life too. In a nutshell there’s the historic port to explore, great restaurants and pubs, big clubs over the border in Moama, a wealth of river activities including fishing, skiing, swimming, Paddlesteamer cruises and much more. […]

END_OF_DOCUMENT_TOKEN_TO_BE_REPLACED

Atlanta, Georgia, hosts the busiest airport in the U.S.  So, you are probably going to find yourself routed through it sometime on your travels.  Not only is it a perfect…

Spring festivals in Australia – where to celebrate the season

Many people would agree that spring is the loveliest time of year. So why not get out and explore some of the best spring festivals that Australia has to offer……