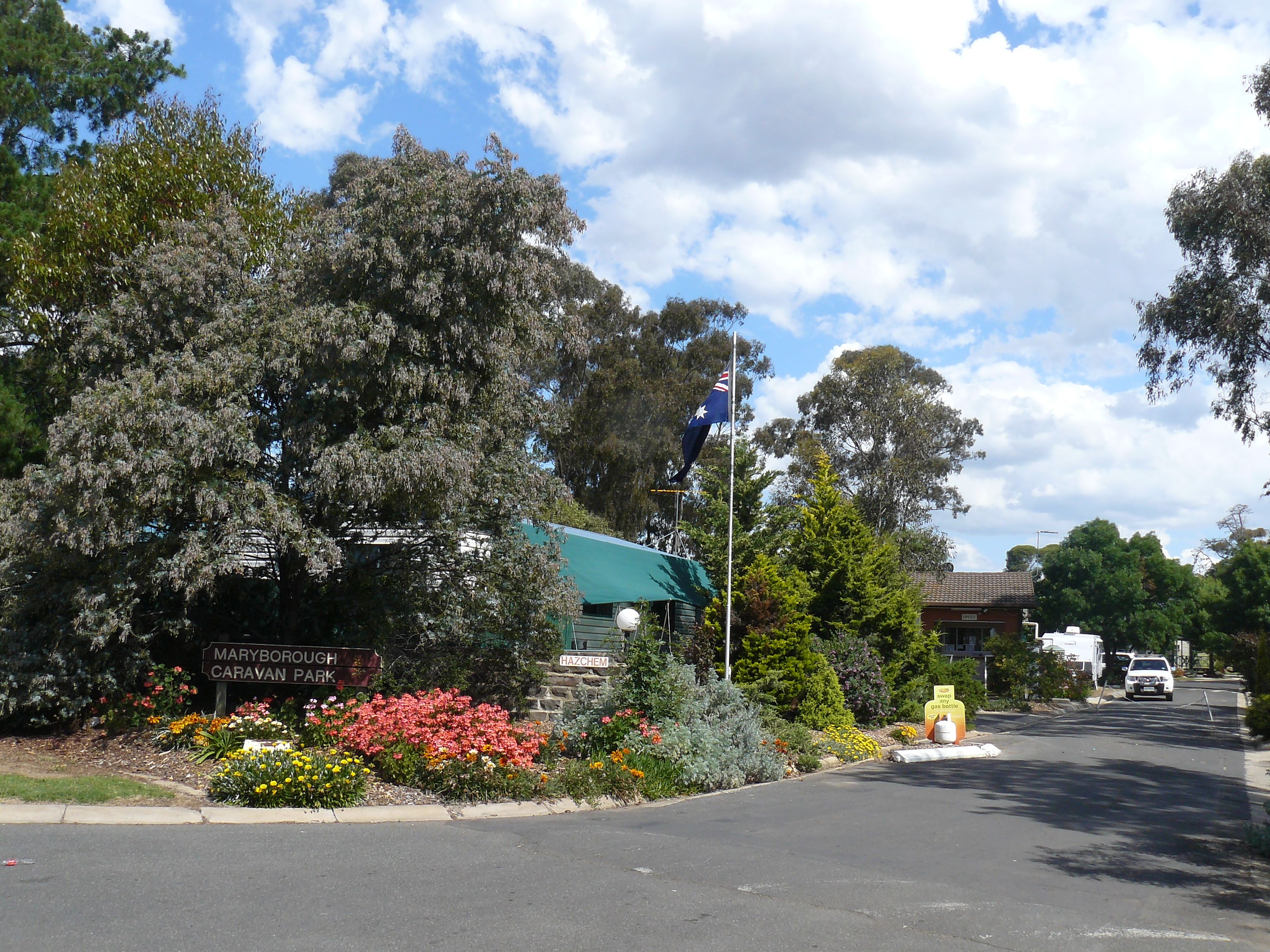 MARYBOROUGH in central Victoria is an ideal destination for that weekend away, especially if you want to experience a short campervan break with the family.

After picking up your campervan in Melbourne it’s only 168km along the Calder freeway and Pyrenees highway,  take your time and enjoy the many interesting towns and historical sites along the way.

First stop for a comfort break and a cuppa should be the botanical gardens at Kyneton. Dating back to 1858, these attractive gardens are home to many unusual trees, most listed by the National Trust of Australia, including the strange Chilean wine palm just inside the main gate. One of Australia’s rarest trees, a Wollemi pine, was planted in 2008 to commemorate the garden’s 150th anniversary. A rotunda, fairy trees, a 1902 drinking fountain and a modern sculpture of a working sheepdog are some of the attractions which will keep the children entertained during the break. Kyneton’s main street, which sports many fine cafes and antique shops, leads back to the Calder freeway.

At Elphingstone turn left off the freeway towards Castlemaine and the Pyrenees highway through Newstead and Carisbrook to Maryborough.

This is the heart of the Victorian Goldfields. Gold was discovered in the Castlemaine area in 1851 and was first won from surface or shallow workings, mostly by panning or cradling.  The Castlemaine Diggings National Heritage Park, stretching from north of Chewton, through the Fryerstown and Vaughan Springs, encompasses an area of approximately 7500 ha. Most of the area is covered with regrowth box-ironbark forest which was harvested to supply fuel and timber for mines.

The old Market Building in Castlemaine has detailed displays and publications to help visitors discover and understand the area’s rich goldmining heritage.

Highlight of the many fine buildings in the city is the Old Castlemaine Gaol. Built in 1861 to house offenders from the goldfields, it was closed down in 1990 and has since been used as a hotel and a much-visited tourist attraction.

A feature of the Pyrenees highway is the number of goldmining- era buildings which front the road. The main doors of the many small cottages open directly on to the footpath in a typically English style.

Gold nuggets are still being unearthed throughout the area, so if you are going to try your luck prospecting for gold with a metal detector or by panning  you will need to purchase a Miners Right. Maps showing the areas most likely to produce nuggets are available from the Coilek Gold centre in Maryborough. Of the 40 gold nuggets weighing over 18kg recorded in Australia, 32 have been discovered in central Victoria.
Maryborough was founded around 1837 by Scots who started sheep farming in the area. After the discovery of gold the population quickly grew to 53,000. At the last census the population was almost 8000.

The town boasts many fine gold-era building, including the magnificent railway station which was built in 1890. In 1895 American writer Mark Twain visited the town and said about the station:  “Don’t you overlook that Maryborough station, if you take an interest in governmental curiosities. Why, you can put the whole population of Maryborough into it, and give them a sofa apiece, and have room for more. And the clock! Everybody will show you the clock.”
The superb Post Office, old Fire Station and Bull & Mouth Hotel are also worth a visit. For a glance at what life must have been like in the 1800s, Worsley Cottage & Museum is a must-see. Family history buffs can find records of births, deaths and marriages at the cottage.
The Maryborough Caravan Park is a tranquil haven for a relaxing holiday. Set on the banks of  Lake Victoria, it is only a 5 minute walk to the town centre.

The caravan park offers self-contained cabins. Caravans, campervans and the motorhomes are catered for with close to 100 powered sites. Un-powered campsites are also available.

The round trip can be completed by returning to Melbourne via Creswick and Ballarat.

Do you pick up hitch-hikers?

What are the real and unspoken rules on picking up hitch-hikers in New Zealand? Hitch-hiking is a common sight around the world, and New Zealand is no exception. The practice is legal in the country (unlike in neighbouring Australia), so you will likely come across hitch-hikers when you’re out on the roads in New Zealand.

Easter in the Barossa Valley

If you haven’t done South Australia’s iconic Barossa Valley, now is the time. If you want to go for Easter 2021 it’s time to make your bookings.  Add on a…

NZ Campervan holidays: what not to do

Before you hit the open road in your New Zealand campervan rental, here are a few tips to keep in mind. Once you get the keys to your New Zealand campervan rental, it can be tempting to jump straight behind the wheel and head off into the sunset before so much as reading the driving guide. While campervans are an easy and cost-effective way to travel around the country, they are a little different to drive from your average hatchback.