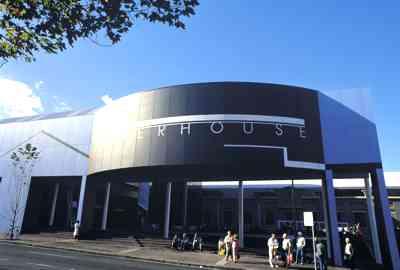 Step back in time at one of Sydney’s museums, which allow you to explore Australia’s fascinating history.

This natural history museum, located on the University of Sydney’s main campus, holds the oldest natural history collection in Australia. Alexander Macleay and his family acquired most of the items on display in the museum. Here, you’ll find collections of Aboriginal, Torres Strait and Pacific Islanders’ cultural artefacts. There are also collections of insects, scientific instruments and historic photographs.

The Australian Museum was Australia’s first museum, which was established in 1827. It exhibits extensive collections of natural science and cultural artefacts. Take a closer look at Australia’s unique animals or explore stories of Australia’s Indigenous people. You can also delve deep into history, exploring how dinosaurs lived and died.

This modern museum lets visitors explore Sydney’s places, people and culture. It was built on the ruins of first Government house for the first New South Wales governor, Arthur Phillip, in 1788. Fast forward nearly 230 years, and the museum contains many archaeological remains of Australia’s first Government house. Some of the interesting artwork on show includes interpretations of when First Fleet settlers and Aborigines first made contact.

One of Australia’s largest and most diverse museums features arts, science, transport, space and social history collections. Temporary exhibitions are always coming and going. There are also interactive exhibits, film screenings and performances around the museum.

See the work of today’s artists at Australia’s Museum of Contemporary Art, located at Sydney’s Circular Quay. The museum opened in 1991, and recent years have seen it transformed. The Museum of Contemporary Art now includes more space for galleries and specific artist commissions. Its permanent collection contains more than 4000 works by Australian artists. This includes paintings, photography, sculptures and moving images, which have all been acquired since 1989.

Floriade’s NightFest all set to light up Canberra in October

By Scott Podmore
Canberra is calling in Springtime with a dark twist! Grab a set of wheels with these Canberra car rental options and get ready to discover an incredibly vibrant world after...
END_OF_DOCUMENT_TOKEN_TO_BE_REPLACED
null null

SO you’ve jumped in a Perth car rental for an adventure in Western Australia. The problem is, you’ve just lobbed in Australia’s biggest state, with an area of more than…