SOME of the country’s happiest cows can be found grazing on the cliff-top at East’s Beach Holiday Park in Kiama as they join you in casting an eye over the beautiful blue water views as far as the eye can see. It’s a great drive after picking up a camper or rental car in Sydney, cruising for a leisurely one and a half to two-hour trip along the Princess Highway, Metroad 1 and Southern Freeway.

For an extended version, why not veer off towards the Southern Highlands and catch some wonderful little towns like Bowral and Berrima, before swinging back towards the coast for beautiful Kiama. 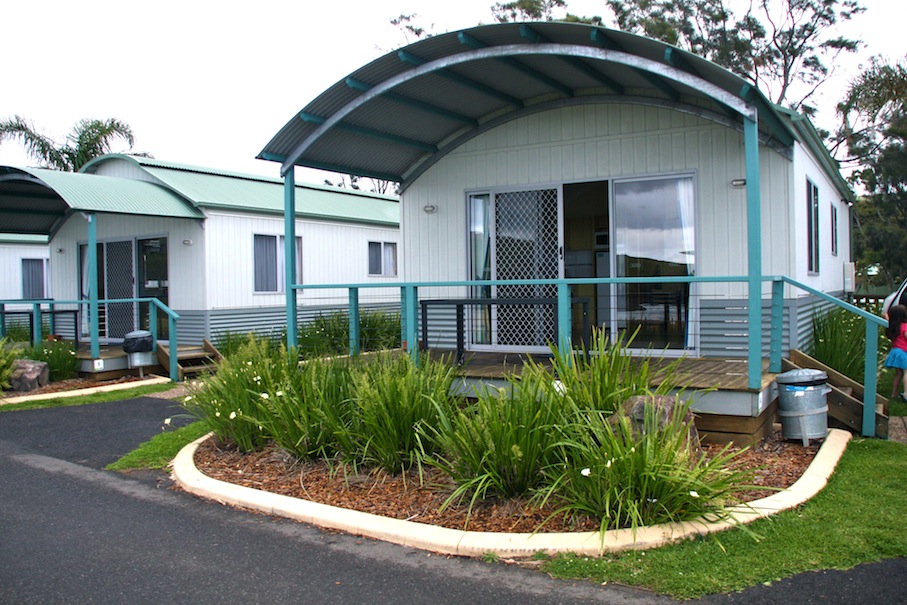 Life at East’s Beach Holiday Park is easy and relaxing and it is a holiday destination steeped in history. One of the most organised holiday parks in the country celebrates 75 years since Thomas and Elizabeth East’s dairy farm slowly but surely became a hit with campers and road-trippers. Nestled in a valley with mountain backdrops and beach frontage, the 35-acre grassland is a hive of activity, boasting great facilities, beaut heritage coastal walks nearby and swimming, surfing and fishing opportunities right on its doorstep. It caters for all budgets, too, whether you have a three-man tent or plan to shack up in a beach retreat with all the bells and whistles.

There’s also loads to do beyond the holiday park’s confines including the Illawarra Fly Treetop Walk nearby, surf and swimming beaches, a blowhole, Carrington Falls, Minnamurra Rainforest, Saddleback Mountain lookout, whale watching, Jamberoo Action Park, scenic drives, golf course and light railway museum. Prices vary throughout the seasons, but specials from May to September include stay for three nights, pay for two, or stay for seven pay for five. Weekend packages at the moment include an extended checkout time of 4pm on Sundays for those who stay in a cabin for the weekend. Otherwise it ranges from $33 for powered sites to $440 a night for beach retreats and then everything in between. Check out www.eastvanparks.com.au for more information or phone 1800 674 444.

Tokyo road to the best ski resorts in summer

Tokyo is famous for sushi, fashion and high speed trains. But it’s also a gateway to some of the world’s best ski resorts year-round. You can get to ski resorts…

Eyre Peninsula – a road trip where memories are made

THE stunning Eyre Peninsula, located in the west quarter of South Australia on the west coast of the Spencer Gulf, is a place where real memories are made once you…