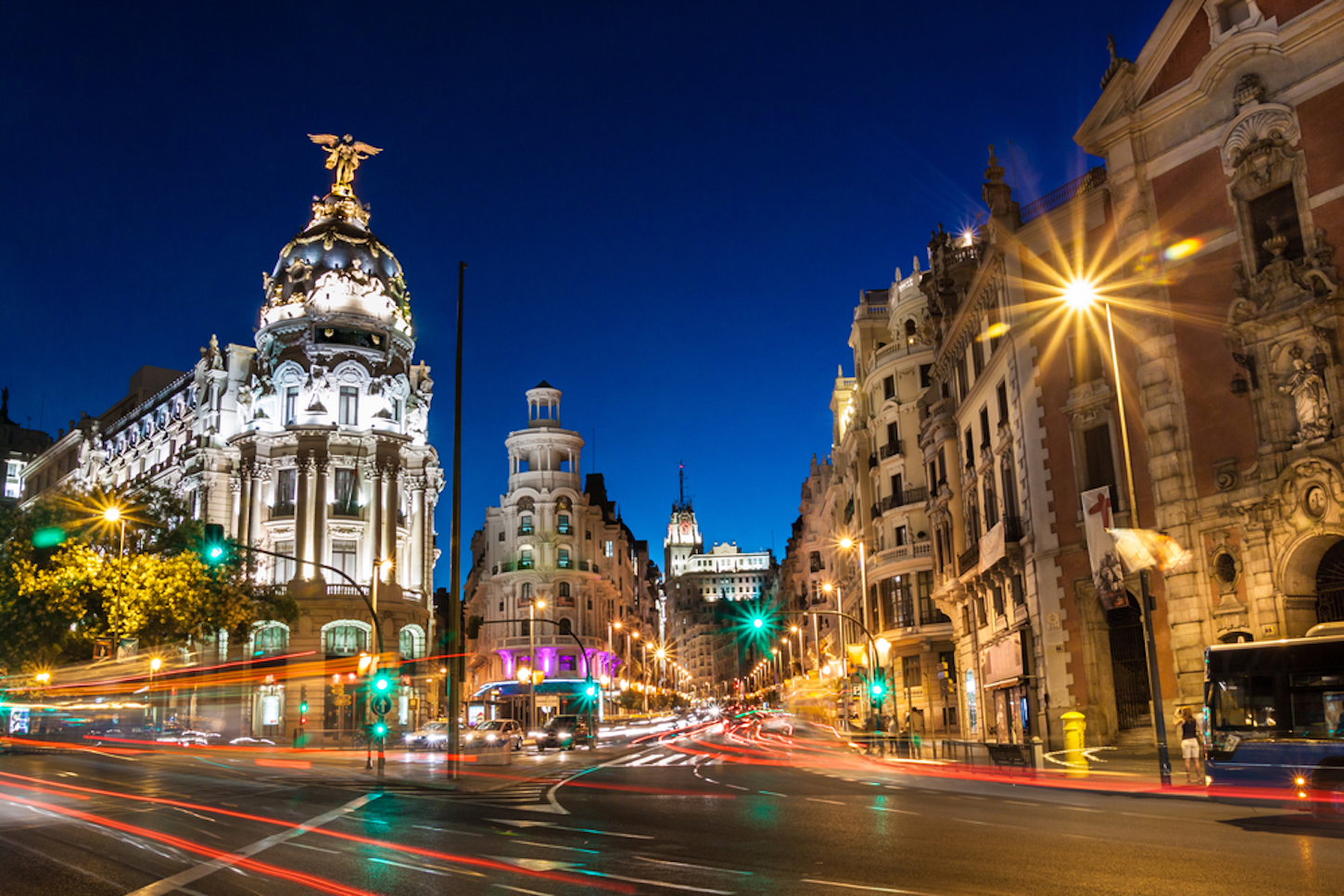 The bustling city of Madrid is a city of elegant boulevards, historic palaces and plazas and rich European art. Spain is also home to many other historic regional cities, towns and scenic countryside.

Lock in a cheap price to hire a car at Madrid Airport with DriveNow and get ready to explore one of Europe’s most popular destinations outside the capital.

Here are five places to visit after you’ve explored Madrid.

Five and a half hours south of Madrid.

When people think of Spain’s beaches, most imagine the Mediterranean’s crowded seaside resorts. However, El Parque Natural del Cabo de Gato is a stunning stretch of coastline where you can discover flawless, tranquil beaches without the crowds. This area in sunny Almeria comprises of quaint villages, green mountains, rocky cliffs, sandy beaches and stunning blue waters.

Travel south to the beautiful province of Jaen to witness one of Spain’s earliest examples of the Renaissance style. Stunning, historic chapels, mansions and plazas grace almost every street. It’s not hard to understand why these attractions have earned Ubeda its title as a UNESCO World Heritage-listed site. The smaller, but still beautiful Baeza is just a 10 minute drive away.

Four and a half hours south of Madrid.

This is an area that’s definitely off the beaten path. The most fascinating aspect of this town is the fact that most of its inhabitants have lived underground for hundreds of years to escape the scorching heat. Guadix actually has the highest concentration of cave dwellings in Spain. You can drive through the area or explore by foot. You can even spend a night in one of these caves, and check out ones that have been modernised to include marble floors, luxury furniture and even internet connection.

The ‘peaks of Europe’ mountain range is just 20km inland from the north coast of Spain. It’s an absolute haven for hikers and rock climbers. Imagine snow-capped mountain peaks, wildlife grazing beside reflective lakes, and even traditional medieval buildings in villages scattered across the area. The mountains are rich in flora and fauna. They’re even home to a small number of Cantabrian brown bears, as well as wolves and eagles.

Four and a half hours north west of Madrid.

Discover what’s now left of the Roman Empire’s largest and most important gold mine. Las Medulas was the main source of gold for the entire Roman Empire. It’s another UNESCO World Heritage Site, with scenic and unforgettable views from the Mirador de Orellan observation deck. Las Medulas is iconic because of the unique and dramatic burnt orange peaks, which are like no other in Europe.

Nothing is really secret anymore, you have probably heard about some or most of these places but let us bring them back to the front of your mind. Queensland is…

Hire a car to best explore Stoke-on-Trent. The Staffordshire city, which is widely known as ‘Stoke’, is the much-loved home of England’s pottery industry. Tick these five things off your…

Five things to do in Liverpool and surrounds

Liverpool in North West England proudly carries the title of the country’s most successful footballing city. Home to both Liverpool and Everton with close to 30 League championships plus many…