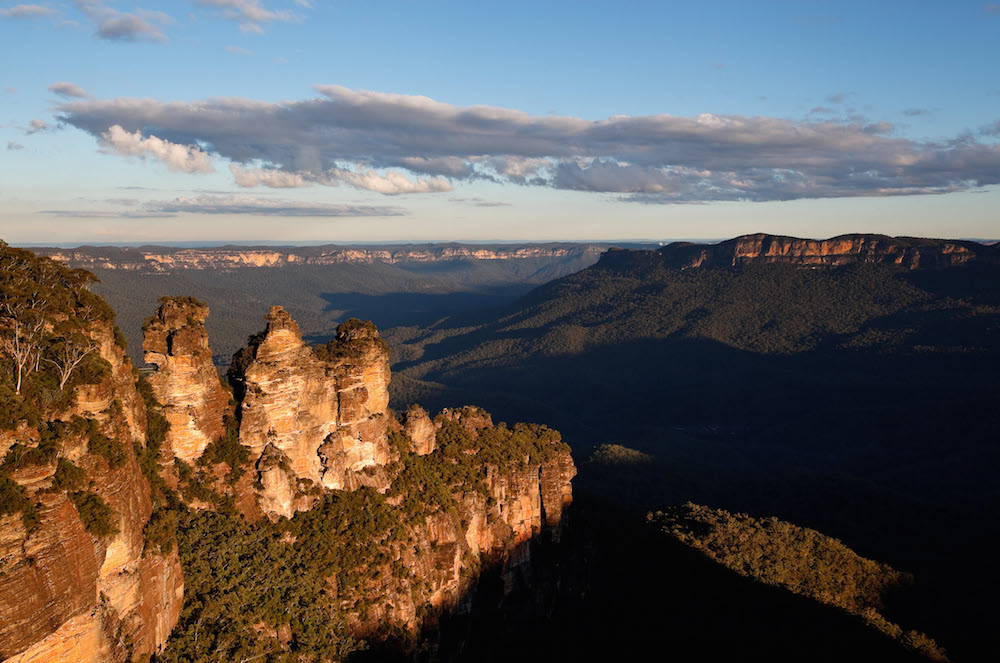 Heading off on a road trip? Here are five top lookouts in New South Wales. Mark these lookouts on your itinerary – the views are so picturesque that you won’t want to miss them.

Spectacular scenery of rainforests, beaches and coastal towns makes the Grand Pacific Drive one of Australia’s most magnificent routes. The 140m drive takes you to Bald Hill in Illawarra, which is one of the route’s most popular lookout points. It treats you to the famous Seacliff Bridge and the surrounding beaches.

A wonderful stopping point off the Kosciusko Alpine Way. The drive takes you from Canberra and through the Snowy Mountains to the Victorian border. Scammells Lookout, 1000m above sea level, is a highlight. You’re treated to stunning views of Western Falls Wilderness and Main Range. Any time of year is good for stopping, and in winter, the summits are snow-capped.

Most visitors coming to the Blue Mountains head straight to Echo Point. The iconic view of the Three Sisters and Jamison Valley is picture-perfect. Try visiting early in the day to avoid crowds, as this is a popular viewpoint that no tourist wants to miss.

Drive the Hunter Valley region and take a slight detour. From Hunter Lookout you’ll see breathtaking views of the Hunter Valley, and the Pokolbin Range. From the lookout, you’ll also see the mountains from the lower Barringtons and the area’s small towns.

The view of Ebor Falls from the lower falls lookout is one of the state’s prettiest sights. The Guy Falkes River cascades 100m down graphite-coloured rock, through ferns and rainforest. It’s only a short walk from a car park along this 191km route from Coffs Harbour through the tablelands.

LOOKING for somewhere to sweep your loved one of his or her feet? Then head for the Hills. Adelaide Hills, to be precise, just a 20-minute drive from Adelaide’s CBD…

Explore Dallas and beyond with these five great self-drive journey ideas. Hire a car from Dallas Airport and choose between a range of fantastic destinations, from Houston to Palo Duro. Houston Houston…

One hour from Sydney: 5 amazing things to do with the family

Sydney’s a great city with so many attractions for families. But few realise just how many amazing things there are to do with the family just an hour’s drive from…