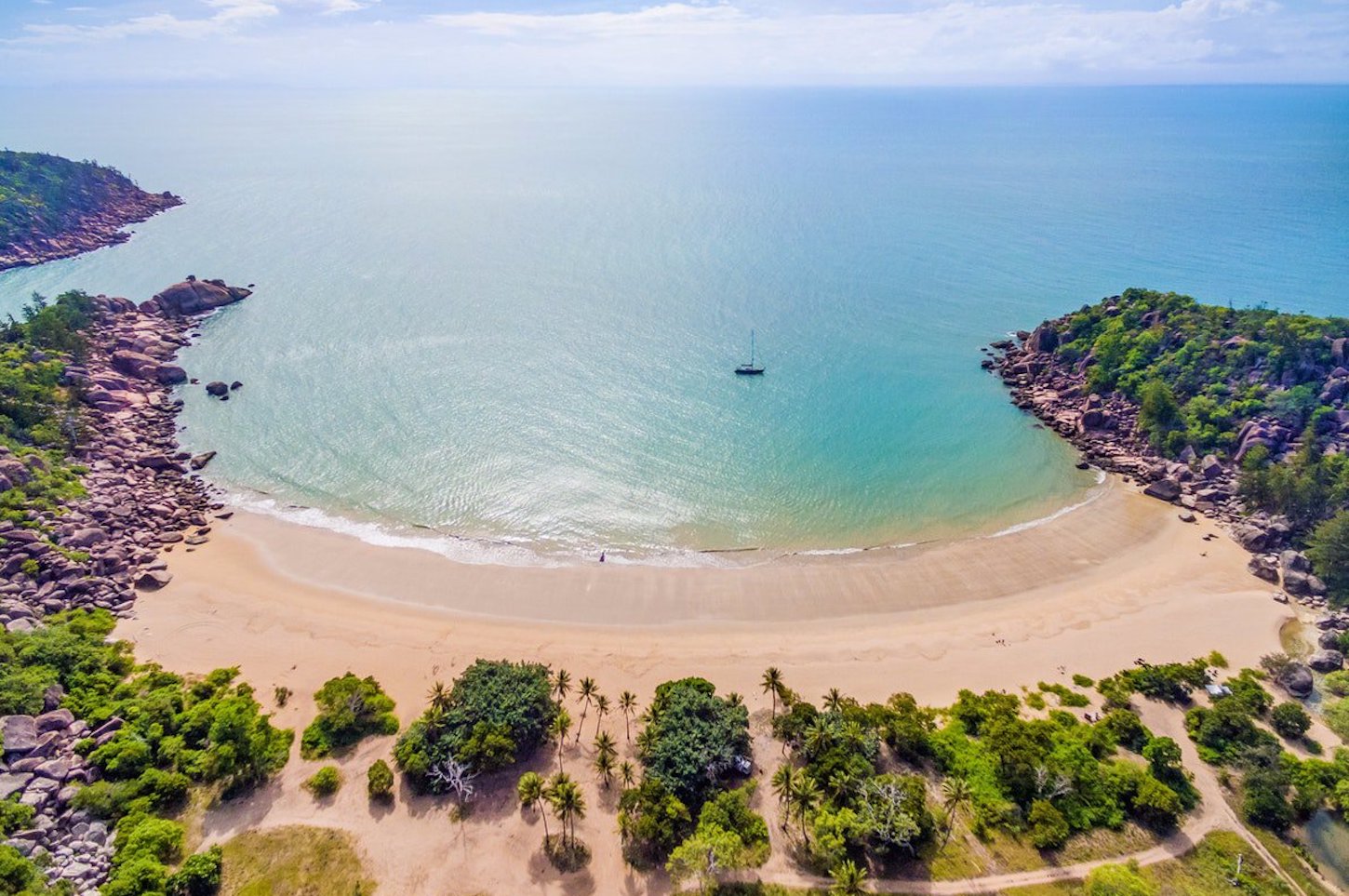 Tropical North Queensland has everything to offer the adventurous campervan traveller. You can choose to explore the heart of Townsville, which is Northern Australia’s most populated city. Or you can venture out in to the wilderness to discover some of the natural wonders of the tropical north.

Wherever you go, your North Queensland holiday is bound to surprise and delight.
Make life easy for yourself by hiring a campervan from Townsville Airport as soon as you get off the plane. Here’s our advice for where to hear.

No trip to Townsville is complete without experiencing the gorgeous Magnetic Island National Park. It offers stunning beaches, laidback cafes and walking tracks. There’ll be times when you start hiking and you reach an untouched beach, only to find you’re the only one standing there. Geoffrey Bay and Alma Bay are perfect for snorkelling and a swim. Ferry rides depart from Townsville city several times a day.

The UNESCO-heritage listed Wet Tropics is home to the stunning Wallaman Falls. It’ll amaze you to stand in front of Australia’s highest, permanent single-drop waterfall, which is 268 metres high. Lush rainforest and ridge tops surround the walking track to get there. Wallaman Falls is a two and a half hour drive north of Townsville.

Cardwell’s stunning swimming hole became an overnight internet sensation thanks to a single Instagram post just a couple of years ago. This was a secret among locals, and now Australians are travelling to Cardwell from all over the country to have a dip in the beautiful turquoise water. You can also explore several other natural spas nearby. They’re all just a short drive off the Bruce Highway.

Drive an hour and a half west of Townsville to this charming outback town. It’s like you’ve stepped back in time to a place where you learn about goldmining history. During the Gold Rush, Charters Towers was the second largest town in Queensland. Today, you can admire the magnificent heritage buildings that are still standing. Attractions include the Towers Hill Lookout, panning for gold at the Miners Cottage, nature and wildlife safaris and even ghost tours.

Spend a day or two exploring one of Australia’s rare volcanic marvels. Walk through the huge lava tube caverns, which are the result of the Earth’s longest flow of lava originating from a single volcano. You can even learn about Indigenous rock art and the pre-historic era as you learn about the dinosaur fossils that have been discovered in the area. You can only visit Undara Volcanic National Park with a guided tour.

Five things to do in upstate New York

New York is one of the world’s most famous cities. Millions from around the globe travel there every single year to experience the hustle and bustle of the city, its…

GIRLS from all over the world go to New York for the labels and, because of the seemingly never-ending shopping districts, it’s the perfect place where you can shop til…