100 years of automative history on show in Goulburn 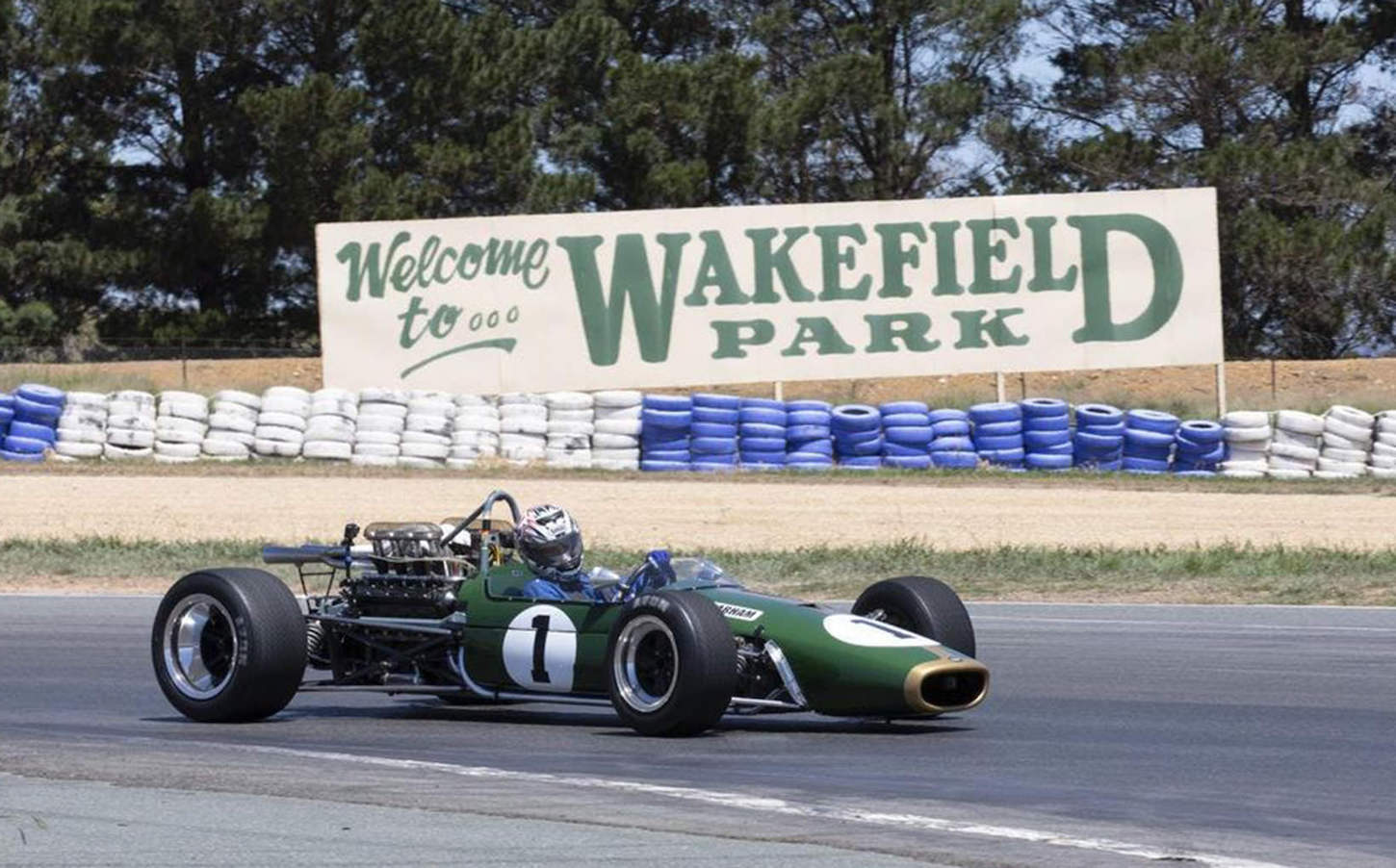 Automative fantatics have a chance to lose themselves in 100 years of automative history in three weeks time as a Brabham racing car, Royal Daimler, Aeroplane Jelly T-Model Ford truck take to the track in Goulburn.

Only an hour from Canberra, it’s a chance to also to check out the Southern Tablelands of New South Wales region about 195 kilometres south-west of Sydney.

A hundred years of automotive history will be on show when a selection of iconic vehicles from the National Museum of Australia take to the track at Wakefield Park Raceway in Goulburn, New South Wales, on 17 August.

A Chequered Past will feature 12 amazing vehicles, including the 1967 Brabham Repco BT23A-1 V8 racing car, built and raced by Sir Jack Brabham.

In a Museum first, the Brabham will join 11 other cars from the Museum’s collection at Wakefield Park Raceway, in an unprecedented opportunity for the public to see them being driven around the track.

The vehicles will be on display at Wakefield Park from 10am until 3pm and will do laps individually and in groups.

Fit for a Queen

Among the cars, some of which will be on public display for the first time, are the carefully conserved 1948 Daimler DE 36hp landaulette used by Queen Elizabeth II during her historic Royal Tour of Australia in 1954, the 1964 Bentley S3 saloon assigned to Sir Robert Menzies in 1966, and the 1918 Australian Six prototype.

“The National Museum’s historic vehicle collection is an intrinsic part of the Australian story and we are delighted to be able to share them in such an exciting way,” says National Museum Director, Dr Mathew Trinca.

“This is the first time some of these cars have been on public display and it’s certainly the first time so many of our historic collection can be seen in one place. Even more thrilling is that all 12 vehicles will be in action and driven around the racetrack. This is a wonderful opportunity to showcase the fact that we maintain these vehicles in working order,” Dr Trinca said.

Lots of stories to tell

Curator Laina Hall said, “A wonderful thing about having all these vehicles together is that they demonstrate the diversity of vehicles the Museum has. Each were collected, not as an example of type, but for the range of stories they have to tell about industry, adventure, advertising, technology, passion and Australia’s connections to the world.”

Dean Chapman, operations manager of Wakefield Park Raceway, said the event was quite different to their usual program and was a wonderful opportunity to engage new spectators.

“The National Museum holds great objects in their collections and we are thrilled that they want to bring these vehicles to our venue in Goulburn,” Mr Chapman said.

“There is already strong excitement among the local community about hosting this national event which will attract visitors from around the country.”

The vehicles on display and in action include:

For more information about the event, see www.nma.gov.au/whats-on/chequered-past

Check out this Sydney to Melbourne 7-day self-drive itinerary suggestion.

Pick up a Christchurch car hire for your ski trip to local Mt Hutt, which has seen fantastic levels of snowfall this season already.

The sun is back! 5 London day trip ideas

Haunting: The Ghosts of Goldwell is a must-see in your travels along the Free Range Highway. Picture: TravelNevada Desert art and sleepy ghost towns of the most unimaginable kind add…