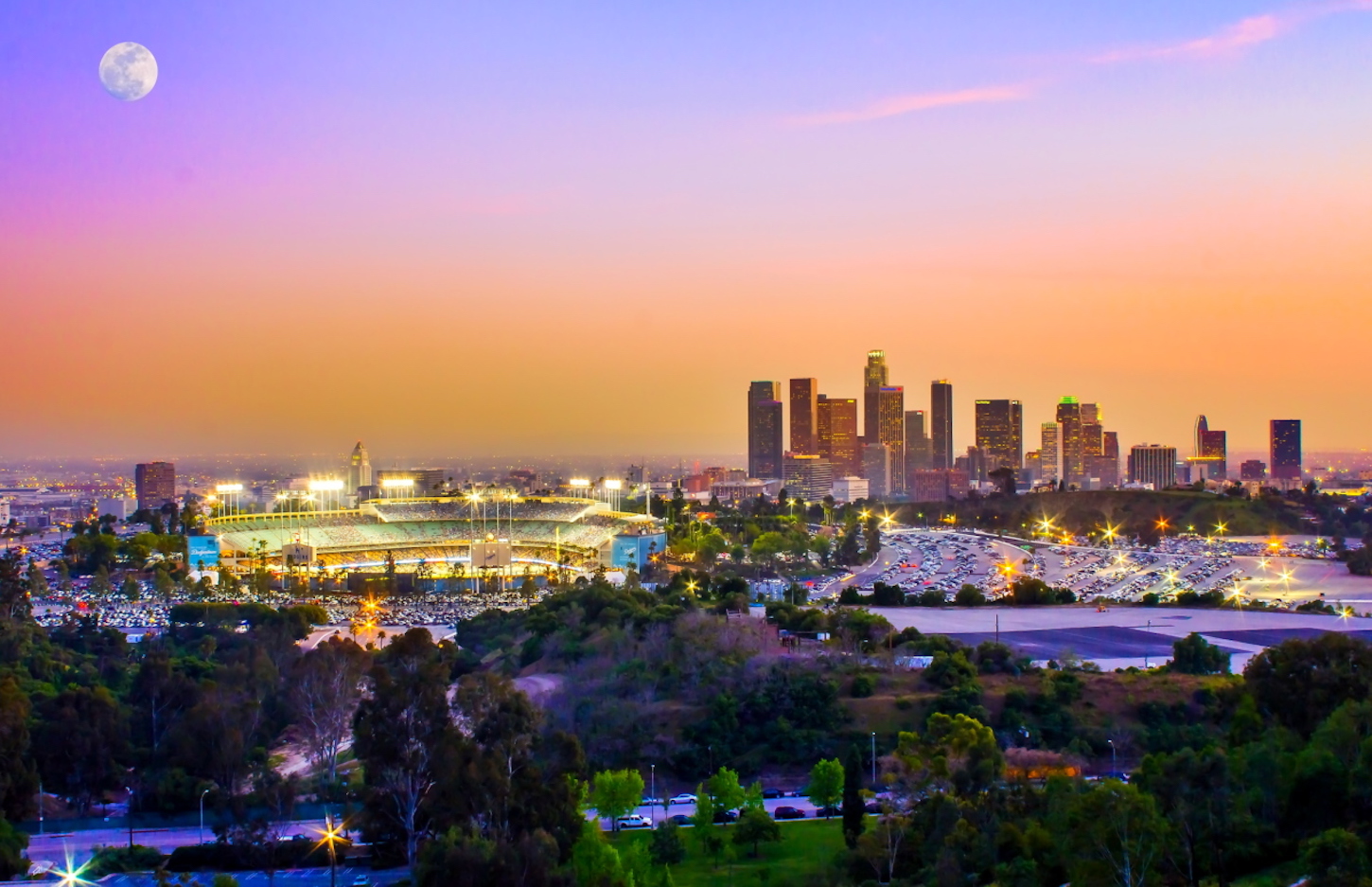 There’s no more happening a place in the American summertime than Los Angeles whether you’re heading to a game of baseball at Dodgers Stadium (pictured), travelling there for business, or some fun at the many attractions.

One of the world’s most popular cities for business travel or simply a holiday, there’s also a lot to look forward to with several new hotels on the way giving visitors to Los Angeles even more choice than ever.

After starting your Los Angeles adventure with a great car hire deal at Los Angeles airport with DriveNow consider parking your wheels at one of these new hotels.

The London-based Soho Warehouse is the third in LA and set to open in the south Arts District in Downtown Los Angeles. Soho Warehouse will span more than 110,000 square feet, making it one of the biggest standalone Houses and the first with guestrooms on the West Coast. The property will include bedrooms, a gym, club spaces and a rooftop with a pool.

The Wayfarer DTLA is a community-focused hotel coming to Downtown L.A.’s historic Broadway Corridor in the former Ritz Milner building. The property will feature 156 total shared and private rooms, four food and beverage spots including a rooftop bar, and a stairwell gym. This is the second hotel under the Wayfarer name with the first located in Santa Barbara.

This September Silver Lake Pool and Inn will open at Sunset Junction just south of the lively intersection of Santa Monica and Sunset. The 54-room boutique property run by Palisociety Hotels is set to feature an elevated pool deck and Marco Polo, a coastal Italian-inspired outdoor restaurant and bar.

Proper Hospitality, the new brand headed by former Viceroy Hotels Chief Brad Korzen, is slated to debut their first Los Angeles hotel in Downtown LA’s Fashion District located at the site of the former Case Hotel. The 13-story property, which was originally built in 1924, will have 148 stunning rooms.

Chic British brand Hoxton will debut The Hoxton, LA in a transformed 1925 building that was once the headquarters of the LA Railway Authority. Located in Downtown LA’s booming Fashion District at 11th and Broadway, the 10-story hotel will feature 174 guest rooms, three restaurants including one on the roof, multiple bars and a rooftop pool when it debuts in fall 2019.

The 60,000-square-foot Godfrey hotel is a high-end boutique property fit for the lifestyle of the contemporary jet-setting professional. The project features amenities that will allow travelers to conduct business both locally and remotely, while enjoying the unique room and food experiences that the Godfrey brand is known for in Chicago and Boston. The property is slated to open with 220 rooms, a rooftop pool and a casual steakhouse called About Last Knife.

Oceanwide Plaza, the mixed-use project being built adjacent to STAPLES Center and LA LIVE, will include LA’s first hotel under the Park Hyatt luxury badge. The Park Hyatt Los Angeles will have 184 rooms, including 34 suites, meeting and events space, a swimming pool, and access to the retail and amenity podium known as The Collection at Oceanwide Plaza.

AccorHotels’ Fairmont badge will take over the landmark Century Plaza hotel in Century City when the property reopens as Fairmont Century Plaza in the spring of 2020. The redeveloped 5-star property will boast 400 guestrooms and 63 luxury residences. Expected amenities include a swanky rooftop pool, a world-class 14,000-sqaure-foot spa, and 24-hour fitness center.

The first LA project for Grupo Habita, a hotel group that develops some of the hippest hotels in Mexico City, Chicago, and New York will take over a 109-year-old brick warehouse in the Arts District transforming it with modern accommodations, a rooftop lounge, garden and pool. Construction on the property is ongoing with a projected opening date of summer 2020.

The 250-room W Los Angeles Downtown will be located across the street from LA. LIVE and STAPLES Center and will be the W brand’s third location in Los Angeles. The hotel will feature a spa, outdoor pool deck and destination restaurants along. It will boast approximately 15,000 square feet of meeting and event space perfect for the modern business traveller.

5 Adventure activities on the North Island

From climbing bridges to trekking through alpine wilderness, New Zealand’s North Island is home to many exciting activities, which are often overlooked by travellers in favour of the South Island’s outdoor adventures….

The glitzy strip and bright lights of Vegas are like magnets for all of America’s fast cars and even faster women and men, but if you can look away and…